Spotlight, The Heart of Community

The hunt for extinct apples is complicated enough without a drought in the mix.

Pullman, Washington, resident Dave Benscoter has spent the better part of a decade following leads to more-than-century-old trees near creek beds in hard-to-access Whitman County ravines, lonely canyons and on remote pioneer properties as old as the Oregon Trail.

The fruit of his labor: rediscovering heritage apple varieties planted by homesteaders of the West, but now virtually obsolete.

Locating them is a lot like piecing together evidence for investigations, which was Dave’s specialty in political corruption cases with the FBI and drug and tax fraud cases with the IRS before retirement in 2006.

Given his background, it may be no surprise Dave has had a role nabbing around two dozen previously extinct apple varieties through Lost Apple Project—a nonprofit organization he co-founded for the cause.

This year, forensics will play a big role in identifying apples that have been stunted by the region’s hot, dry conditions. The clutch of a Pacific Northwest drought and the benign neglect of remote trees have combined for a less-than-ideal growing season.

“Basically, any trees that are not getting supplemental water—they’re not next to a creek or in somebody’s yard or something like that—the apples are turning out to be just tiny little things that can’t be sent out for identification,” Dave says.

He will forego his usual process of shipping fruit to apple identification experts in Oregon and instead send leaves of the small apples in tubes to nearby Washington State University. There, DNA testing by a genetic researcher will help determine whether the apples match identified varieties in the university’s growing database of more than 3,000 apples, or whether further exploration is needed to pinpoint the variety as potentially lost fruits.

DNA testing is an efficient way—albeit pricier, at $120 per specimen—to work through Lost Apple Project’s list of about 60 targeted lost varieties, Dave says.

“Let’s say half turn out to be ones we already know,” he says. “That’s 30 we don’t have to worry about in the future.”

Such problem-solving may be vital with an ever-shrinking timeframe for the apple detective.

Amidst increasing adversity from summertime conditions and a declining population of apple experts, Lost Apple Project aims to preserve the heirloom history before the elderly fruit trees die or are removed for development. Once rediscovered, the varieties get to live through grafting and the sale of trees.

The story of Dave’s apple mission dates to 2011.

The 1978 WSU graduate was five years into his retirement and a return to the community where he grew up. He had begun helping an elderly woman from church with chores at property that had been in her family since the early 1900s.

She asked him to pick some apples from the orchard just a couple of yards from her house. When he discovered the trees had not been managed, he vowed to return in winter to prune the dormant trees and make way for new fruit.

“That winter—maybe out of boredom, I don’t know—I got to thinking about those trees,” Dave says.

He began asking about the varieties, which led him to read about orchards and apples in Eastern Washington. That took him to research and work by the now-late Lee Calhoun, who was credited with saving Southern heirloom apples and from whom Dave first learned there was such a thing as a lost apple.

As he learned about the history of apples and their significance to Northwest homesteaders, Dave was taken back to his own childhood. Never without an apple tree in the yard, he was taught to graft trees by his father. That led him to develop a reverence for the land and its bounty.

One of eight children, his father grew up on the southern edge of Idaho’s Latah County with no indoor plumbing. Dave remembers visiting his grandmother’s cellar stocked with hundreds of jars of canned fruits and vegetables.

Feeding a family that large took the kind of care and planning instilled by the early settlers of the Pacific Northwest, which inspired Dave to learn as much as he could.

“The really unique thing about homesteaders in the Northwest was that nurserymen were right out with the first homesteaders,” he says. “That was unlike any movement in the U.S.”

The information they brought was critical.

Apples were an important food source because of their versatility and long growing season. With so many varieties—17,000 named from the U.S. and Canada—each had a purpose. From the early season bloomers such as the Yellow Transparent—said to be perfect for applesauce—to the last apple of late October or early November—the winter storable Ben Davis that could be eaten from the cellar through the next April or May—the varieties offered options for sauces, canning, jams, pies and fresh-from-the-core eats.

“Even the apples that turned out bad on your tree could still be fed to livestock,” Dave says.

With his fascination for the fruit, he became more aware of the apple trees around him—off county and city roads, randomly leaning over a water pump station and, of course, in old orchards throughout the Palouse.

Dave collected apples by the bag to send to botanists at Temperate Orchard Conservancy. He began the same process in his own county that Lee Calhoun had started in the South and others in the Northeast continue to this day.

Uncovering History Is a Time-Consuming Task

Identifying apples is an art in and of itself, Dave says. Joanie Cooper and Shaun Shepherd are behind the nonprofit Temperate Orchard Conservancy, which started with the purpose to help find and preserve apples that have been found in every corner of the country.

Shaun is considered the ID guru, Joanie says. Apple identifiers use an arsenal of resources, including watercolor illustrations and drawings from the U.S. Department of Agriculture and written descriptions from textbooks and reference guides dating back into the 1800s.

“All of our brains are different, and honing the skills necessary to work on identification takes years,” Joanie says. “Aspects are not just sight, but texture, taste, scent—and possibly narrowing down the apple you are looking at that may fit into one of 50 different groups as a starting place.”

Few people with that level of expertise and experience remain, which makes identifying as many lost apples as possible all the more urgent.

“To uncover the history of the early pioneers keeps them from being lost,” Joanie says. “The food supply isn’t impacted by this work, but maybe with the DNA work they can find a particle that will help with survival surrounding climate change.”

Dave experienced the impact of this work in 2014 when his searches led to rediscovery of his first lost apple, the Nero, on the northeast shoulder of Steptoe Butte.

Planted in the late 1800s by a homesteader, the trees bloomed where the man couldn’t grow wheat, according to a recount by WSU Insider at the time.

“That was basically the start,” Dave says. “I knew this was getting really big because I was finding apple trees everywhere. The Nero spot still had probably 450 apple trees. After 130 years, it’s astonishing those trees had not been mowed down and farmland created.”

Dave approached Whitman County Historical Society to pitch a partnership, making the work a project of the organization based on the historic merit for the county. Although it meant he still needed to raise his own money for the effort, the partnership that began in 2016 has helped tremendously with administrative paperwork and visibility.

More than 20 members serve on a committee, with half in Eastern Washington and North Idaho and the other half in Southern Idaho.

Unraveling the Mystery One Apple at a Time

Between one and three lost apples have been found each year—except for 2019, when a banner 10 were found. Among them are Arkansas Beauty, McAfee, Dickinson and the second known rediscovery of the Fall Jeneting.

Every bit of publicity churns out more leads from the public to multigenerational orchards.

“We often find those in little places—a ravine or canyon where the settler’s home was close by and torn down by now,” Dave says. “Nearby are the apple trees. Usually, they’re planted in a certain way with a little draw or narrow ravine behind the house. The ravines act like natural gutters and the trees get more water that way.”

Getting to the trees can be brutal. One orchard near Pomeroy sits at the bottom of a narrow canyon at least two or three football fields deep, Dave says.

“You can’t get there by car or pickup,” he says. “You’ve got to use little ATVs. It’s amazing because you go down at the very headwaters of Alpowa Creek, and there’s water bubbling out of the ground.”

A lost apple was rediscovered there. Dave says many more trees remain to be explored.

The intricate tracking starts when a landowner grants permission for a visit. Once on-site, project volunteers map the property, creating a rough draft with GPS coordinates for each tree. They note ripeness of the apples and the time of year.

If apples are rotting on the ground, they know the time has passed and they should return earlier the next year to investigate that tree. An adjacent tree may have ripe apples, while fruit on neighboring branches may be hard as rocks.

Details are so extensive that by the time experts identify the apples, the Lost Apple Project team knows from which tree on which property the fruit originated.

Now that October has arrived, apple-growing season will wind down. But that does not mean Dave will rest. He says October is a busy time for volunteers.

“It’s really the biggest and most important month for us because that’s when the winter apples ripen,” Dave says, noting most of the lost apples are winter ones. “Back in the homestead times, those apples were most important because those were the ones they would take down to their cellars.

“They didn’t taste great when they were first stored, but you could eat them in April or May of the next year. After not having fresh fruit for months, it was a valuable apple.”

For more information about Lost Apple Project, visit the nonprofit’s Facebook page or the Whitman County Historical Society at www.whitmancountyhistoricalsociety.org/lostapple. 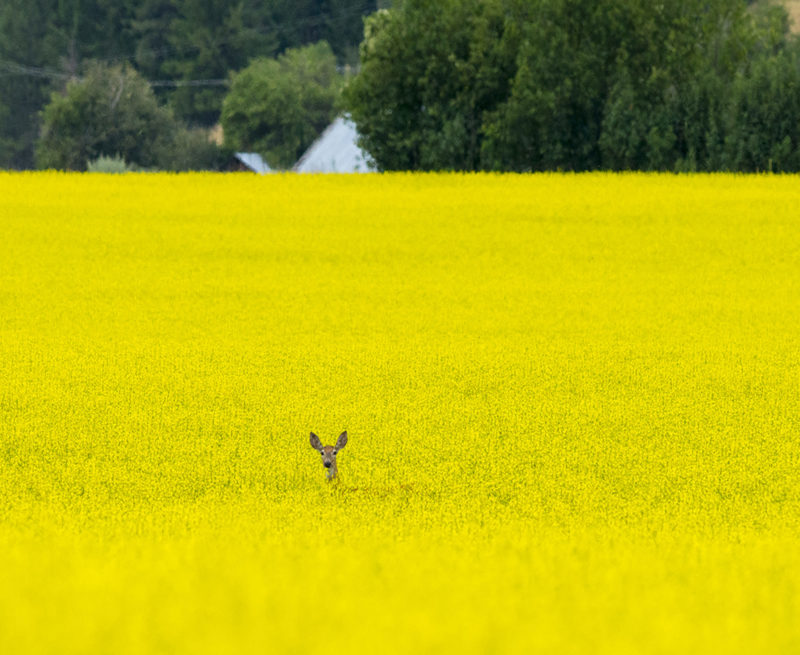 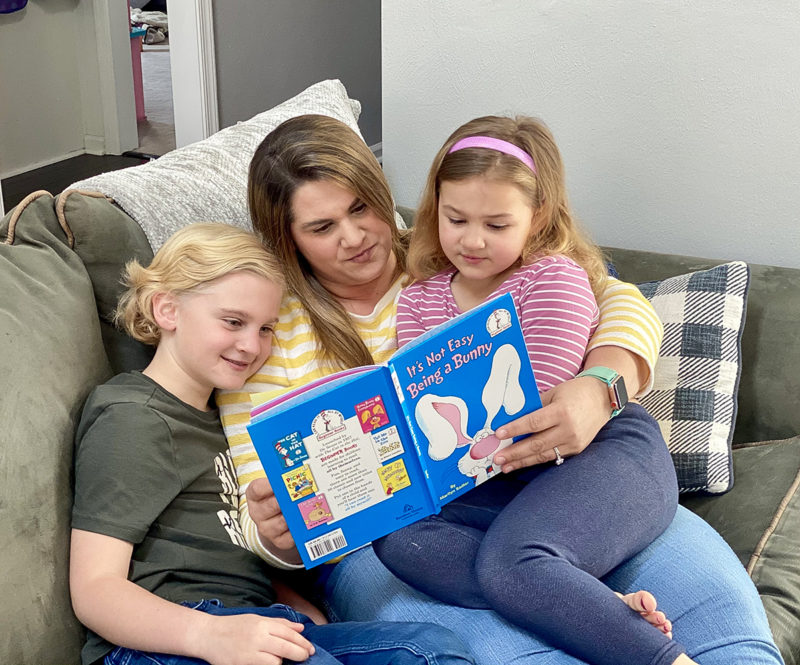 An Ode to Mothers 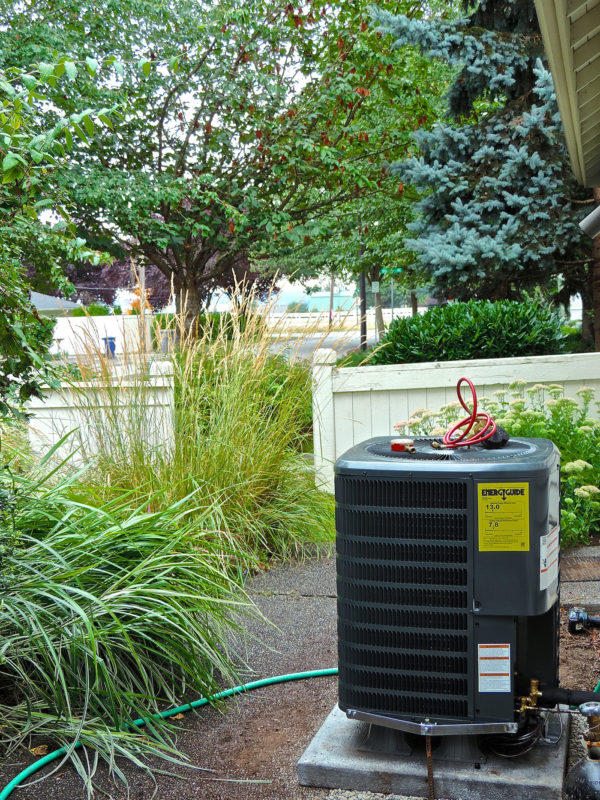 Which Heat Pump Is Right for My Home? 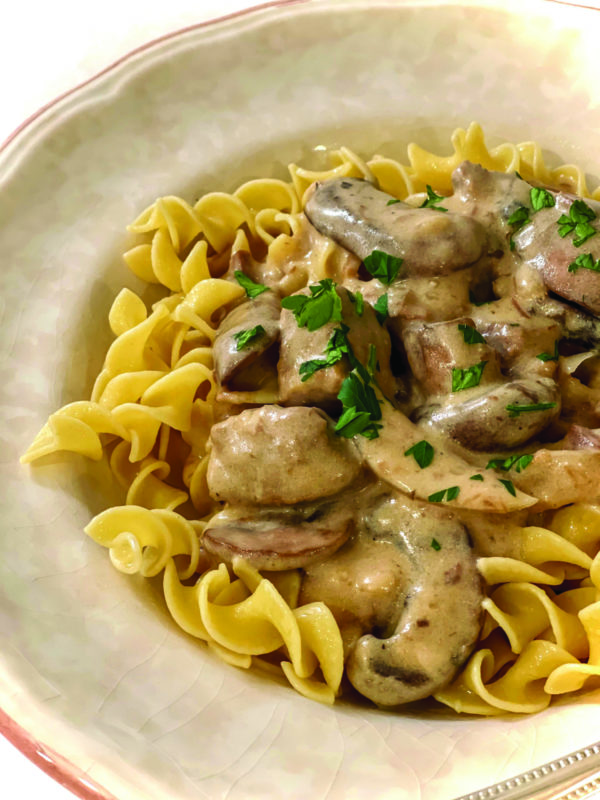