Regional Teacher of the Year focuses on connections beyond the classroom

Agriscience teacher Randi Krieg wasn’t at the Goldendale, Washington, community pool to fish for a student project idea. But as is often the case for the Educational Service District’s 2021-22 Regional Teacher of the Year, what started as a friendly encounter turned into a teachable opportunity.

In a meandering chat with the pool manager, the subject turned to an issue in the parking lot. Killdeer birds drawn to the gravelly property kept laying eggs in the space where traffic and people were meant to travel. But how to get rid of the unwanted guests?

“Let’s have my kids try to figure something out,” Randi suggested.

She presented the conundrum to her seventh graders at Goldendale Middle School, where her science classes are taught through a framework emphasizing natural resources.

A unit was dedicated to the birds. Through research, video analysis, data-logging, drawing and watercolor—even reenactments of killdeer behaviors—students learned about the birds’ ecosystems and reproductive rituals.

Their work culminated with solutions they developed, including dropping predatory animal scents and using fake crows or snakes.

The project remains an example of how the 14-year educator approaches teaching and direction of a wildly popular FFA program she helped launch at the middle school.

The curriculum may produce good students, Randi says, but using it to solve a local problem while building relationships in the community develops good citizens.

“As far as me personally, I want kids to be connected to their community and know they can contribute,” Randi says.

She has applied the same sensibilities around food science lessons, career training and water testing.

Her efforts to diversify welding participation drew 70% more females over one year while helping her squash her own not-so-fond memory of the nickname “Barbie in Overalls.”

The combination of teaching and community-building was modeled by her educator parents.

As a child, Randi tagged along on Terry’s FFA visits when he checked on students and their livestock projects. She marveled at how closely that tied him to the community. People didn’t just allow him in for a peek at their animals. They invited him in for iced tea at their dining room tables.

“He was so connected,” she says. “I loved how when we would go around town everybody knew him.”

By the time Randi graduated from Goldendale High School in 2004, she knew she wanted to teach. Her journey started with the Elma School District in 2008, followed by six years in Mabton, both in Washington, before she returned home in 2015.

Randi carries on the community-building she admired as a kid. The swimming pool manager with the killdeer problem was her childhood Sunday school teacher.

Her parents, now retired, still provide support. When Randi needed to renew her national board certification for teaching, her mother recorded the lessons. Randi continues to tap her father as a resource.

“More than anything, I ask my dad, ‘Who do I need to ask for this? Who do I call?’ He’ll know exactly where to go,” she says.

Although Randi didn’t follow exactly in his footsteps when she returned to Goldendale, her husband, Josh, practically did. The couple lead agriscience education, with Josh at the high school and directing its FFA program and Randi at the middle school, where she helped launch a chapter for that age group.

According to district statistics, 125 of the roughly 400 high school and middle school students participate in FFA. More than 20 students have been part of FFA projects that advanced to the national level for recognition.

Goldendale’s FFA program has earned the Three Star National Chapter Award. It is the highest honor bestowed by FFA for its activities to shape young leaders, build communities and strengthen agriculture.

A grant-funded recruitment program from the Goldendale chapter became a top 10 national finalist of 2,013 activities submitted from across the country.

Randi’s recognition as Educational Service District 105’s Regional Teacher of the Year marks the first time a teacher from Goldendale has received the title since regional awards were introduced to the state’s now-70-year-old program in 1996.

“I think the best feedback, though, is when students come back to you—when they come and tell you what they’re doing,” Randi says.

It already is happening. One student drawn in by the welding recruitment has decided to make it a career through the one-year program at Yakima’s Perry Technical Institute. Another became an underwater welder in the U.S. Navy.

Yet another will follow the course set by her agriscience and FFA leaders and teach.

For Randi, each person is a piece of the larger, intricate community she began to understand knocking on doors with her dad.

“I’m already getting like him,” she says. “I want what my dad has.” 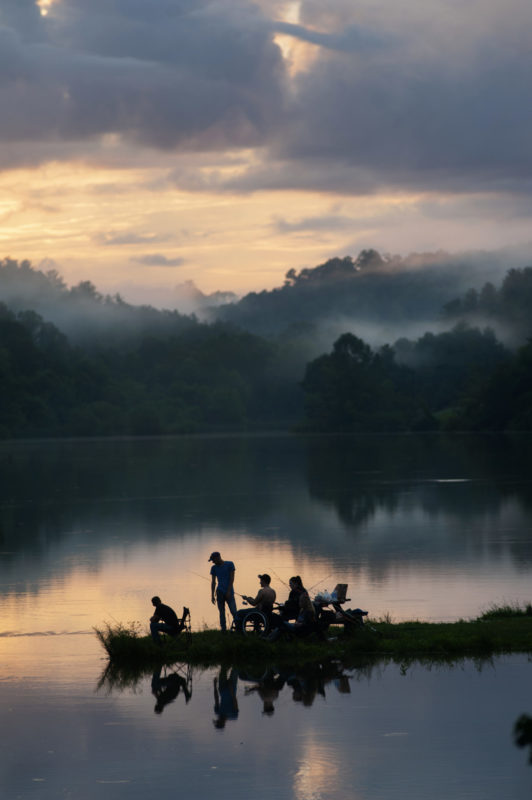 Swinging for a Home Run