Art kits and poetry lead to self-care during the pandemic

Fighting liver cirrhosis during what was one of about eight emergency hospital trips throughout a 16-month stretch, Jill Forte spent several days at Providence St. Mary Medical Center in Walla Walla, Washington, in March 2020. The hospital’s pandemic-related restrictions had been in place a few weeks, separating her from the comfort and support of her husband.

Jill thinks a TV program she was watching tipped off the hospital’s chaplain that a crafty person occupied the lonely room.

The chaplain, making rounds with patients, did a double take at the TV screen in Jill’s room. An unscripted show pitted prosthetic makeup artists against one another in a special-effects competition.

“She saw what I was watching on TV, and something clicked,” Jill says.

“Have you been given an art kit?” the chaplain asked.

Jill says the package gave her a focus away from the anxiety, fear and isolation she felt while hospitalized.

“You didn’t have to sit there and think about why you’re in the hospital, why you’re alone, why you can’t do anything productive,” she says.

Immersion into an activity that absorbs all focus is known in psychology as a “flow state.” Although not limited to art, it is one of the main benefits behind the now 1-year-old First Aid Art Kits initiative created by multidisciplinary artist Augusta Sparks Farnum.

The program has raised more than $8,000 since its launch. In southeastern Washington, more than 800 free kits have been given to people in isolation either from COVID-19 or restrictions limiting movement because of the virus. The kits were also distributed to shelters and long-term care facilities, where movement was restricted to reduce exposure to COVID-19.

“You could really let your mind wander, thinking about all the possibilities of what we did not know about COVID at the time, listening to the news,” says Brittany Mitchell, patient experience program coordinator for Providence Southeast Washington. “The art kits were really a welcome distraction for people and a good mental health tool to disengage from the fear and just allow creative free thinking.”

The program has grown to include online tutorial videos from artists, and downloadable prompts in Spanish. The videos walk viewers through writing, blind contour drawing, animal mask-making, storybook making and more.

Surveys of St. Mary Medical Center patients throughout the summer revealed an 11% increase in well-being from the period before they received the supplies to after.

Jill was among those surveyed. From her hospital bed, she turned her art into a thank you to the staff, using the string and clothespins to hang her written messages before her release.

“It made me feel good, hoping I could make somebody else feel good,” she says.

Augusta was a figure in Walla Walla’s arts community for more than 20 years and no stranger to art facilitation when she presented the kits concept to the hospital. She was the force behind an elementary art education program that infuses art history lessons and hands-on classroom activities.

More recently, Augusta has focused on art in health. In January 2020, she enrolled in the University of Florida’s Arts in Medicine graduate program. In February 2021, she moved to Maine to complete a practicum.

The kits took off with a $3,000 grant from the Providence St. Mary Foundation.
Augusta says she wanted to include an assortment of basic materials to include in the kits. Each box had either markers, colored pencils, air-dried clay or paints. The color black was incorporated sparingly, if at all, to remove reliance on the hue and encourage out-of-the-box thinking.

Distribution of the kits in the hospital takes place through the chaplaincy. Delivery outside those walls comes through what had been a relatively newer program: Providence Population Health.

Started in 2019, Population Health represents a model change for care. Community health workers meet the patients where they are and begin building relationships on the path to wellness.

As COVID-19 closed the offices and interpersonal components of many social and other services, Population Health employees were among a small group continuing to knock on doors in person.

“One of the directives was, ‘Stay at home, ride it out. We don’t want to see you,’” Population Health Manager Becky Betts says. “It defied everything we knew as health care clinics—stay away from us.”

“In a world automated with text messages, reaching a real person in a time of crisis—you can’t underestimate the power of that,” Becky says. “In those early days, we were hearing heightened anxiety, worry, boredom, stress.”

The art supplies were healing in their own way.

“When you’re thinking of coming up with something, you’re not thinking about how crappy you feel or your grandpa in the ICU that’s on a ventilator,” Becky says. “This disease has taken so much from so many that really the least we can do is provide a little art.”

Artist and ArtWalla board member Sarah Leighty now manages the program. Those connected to it during the past year say it will have a future in health care in Walla Walla.

“Augusta gave the community a real gift,” Becky says. “It will live on. I will make sure it lives on.”

A box of poems attached to a wooden post at the edge of Chris and Kathryn Howard’s lawn in Walla Walla, Washington, gives new meaning to “poetry in motion.”

That is because so many people find their way to the University Street landmark as they stroll through the neighborhood. The Howards have several stories of drivers pulling over to pluck poems from their box, too.

One such person, Kathryn says, was Washington state’s poet laureate, Claudia Castro Luna, who was in town for a speaking engagement when she stopped by.

This is exactly how the couple hoped the engagement would work when, inspired by poetry posts they saw in Portland, they built and installed a post at their home in 2014.

The Howards have presented more than 350 poems at the post, typically cradled at its base in a cloud of pansies when pedestrian traffic is at its busiest time of year.

As they curated the works of some of their favorite poets sprinkled with original pieces, the couple discovered that in times of hardship, transition, unrest and a pandemic, the post often serves as a vessel of unity.

“We really find poetry to be speaking to us at a really different level,” Kathryn says. “Sometimes, I think through poetry you can express something or share a feeling or a hope or inspiration that may cheer people up just a little bit.”

When the pandemic began, they found inspiration in Kitty O’Meara’s hopeful forecast of recentering in isolation. They posted O’Meara’s “And the People Stayed Home,” a viral sensation that was turned into a children’s book and opera. Not quite a year later, while viewers across the nation were introduced to “The Hill We Climb” by Amanda Gorman—the youngest inaugural poet in U.S. history—the Howards were pleased to have previously posted one of her earlier pieces in their box.

“I want to put things out that cause people to think, ponder—cause them to think about our life situation maybe in a different way,” Chris says.

The retirees—Chris a former social worker/counselor and Kathryn a former occupational therapist—will celebrate 46 years of marriage in May. They have held on to a treasured poem Chris wrote to Kathryn in 1974.

“I guess he kind of captured my heart with his poetry from the beginning,” Kathryn says.

The Howards are particularly drawn to poems about nature, and have regularly featured pieces by Mary Oliver and Billy Collins in their box. Their curation for the post is sometimes based on the seasons and cultural climate, ranging from quirky to inspirational. They put out five or six copies of each poem and may refill if they empty quickly.

Sometimes people passing by stop to read the featured poem through the window of the box. If it touches them, they may lift the lid and take a copy home.

“I was never really that into poetry,” says Leslie Hamilton, a neighbor who pulled out a series of haikus from the box on a wind-whipped February day.

The post has now pulled her into the art. On walks with her dogs, Leslie says she regularly makes a point to see what’s at the post. During bouts of sadness, the words have sometimes spoken so directly to her that the post is like a beacon of hope.

For others in these unusual times, it’s become even academic. One neighbor told the Howards she uses the poetry to work with her daughter. The words have provided the framework for the elementary school student to visualize and illustrate.

“When you think about it, there’s so much separation that you have now with people in these separate boxes,” Chris says. “This brings people together, sharing something through that central point.”

ABOUT THE SERIES: Pioneer Utility Resources, publisher of Ruralite magazine, will shine a light on rural arts in the Northwest and West, revealing how the arts enrich communities and sharing a comeback story in these challenging times. The series, the Heart of Community, receives support from the M.J. Murdock Charitable Trust—a private nonprofit foundation serving nonprofits across the Pacific Northwest. 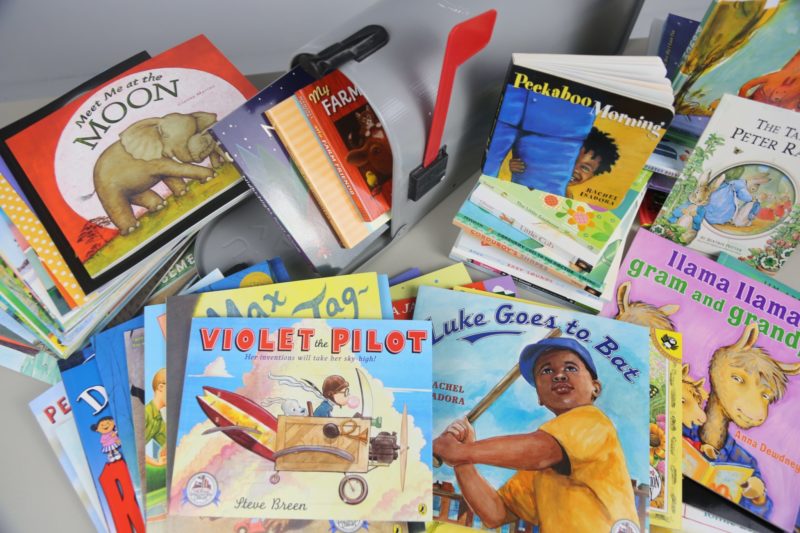