Ryan Binkley is the third generation of his family to captain the Riverboat Discovery. (Photograph by CherÉ Coen)
Up Close

Searching for adventure and discovering new careers is a Binkley family tradition.

It all started with Charles M. Binkley, who in 1898 left Fort Wayne, Indiana, for the wilds of the Klondike territory. Instead of panning for gold, however, Charles used his river-piloting prowess—a talent born on the Ohio River—and began navigating the Yukon River.

His son, Captain Jim Binkley, and his wife, Mary, followed in his footsteps, discovering a revenue stream by moving supplies from the Fairbanks railroads to the Alaska interior via the Yukon and Tanana rivers. Many used steamboats in the 1930s and ’40s because the boats drew only 31/2 feet of water in the shallow rivers of central Alaska.

“He (Jim) would make four to five trips up the river every summer,” says his grandson, Ryan Binkley. “He worked odd jobs in the winter and took engineering classes at the university.”

By 1950, the movement of goods veered to other modes of transportation.

Many steamboat pilots retired, but not the Binkleys. They had other plans.

They bought a small vessel from an Episcopal church in Fairbanks and christened it Godspeed. The couple believed tourists would pay them for a ride up the river to see Alaska and learn interesting facts about the state from aboard the couple’s small boat.

“Instead of hauling freight, they hauled the first tourists to this part of the world,” Ryan says. “They made enough money for the boat payments.”

Because Jim was proficient in welding and construction, he decided to build a steamboat in his backyard. The boat would be capable of holding more passengers. He used a World War II diesel engine and a salvaged wheel from a steamer that stalled one winter in the ice. He built a dry dock out of pipeline.

“He was very resourceful,” Ryan says.

By the mid-1950s, with the new Discovery I paddle-wheeler able to hold 150 passengers, the Riverboat Discovery company was born.

Ryan now helms the company. He, too, went out for adventure, earning an engineering degree and working for oil companies. Like his ancestors, Ryan returned to the waters of Fairbanks, where he found a career on the river.

Because of Alaska’s climate, Riverboat Discovery only operates its tourist boats from May through early September. The business has 20 employees in the winter, and swells to 200 in summer.

“It’s a frenzy business,” Ryan says. “We put off paperwork until the winter, then work on that until we open again. The retail side shops for new items for the gift shop. We plan marketing and hiring, and then we hire at the first of the year.”

The company operates two attractions these days: Riverboat Discovery and Gold Dredge 8—an interactive experience where tourists learn about the region’s gold rush—the kind that goes into wedding rings and the modern liquid gold pouring from the Trans-Alaska Pipeline.

Most tourists who frequent the attractions arrive by bus or train from cruises from the Gulf of Alaska. These land packages allow cruisers to visit Fairbanks with Gold Dredge 8 in the morning and the riverboat in the afternoon, or vice versa.

It’s a full day for the company, with one group arriving for a three-hour morning steamboat ride down the Chena River to the Tanana and back and the second group sailing in the afternoon.

“It’s a lot of people to move—a lot of moving parts—and we’re quite good at it,” Ryan says, noting 75% of the passengers are from cruise lines.

The Binkleys take pride in their employees. Most are high school teenagers from the Fairbanks area. Ryan offers a management program to teach them leadership skills. Many return year after year.

“It’s fun because there’s a great energy around here,” Ryan says of his young staff members. “It’s an opportunity to teach them skills before they acquire bad business habits. We focus on the employees and teach them to be successful.”

Among all that energy are four generations of Binkleys. Jim and Mary’s 11 children all work in the business, as well as their eight grandchildren, the latter having all earned their U.S. Coast Guard merchant mariner credentials. 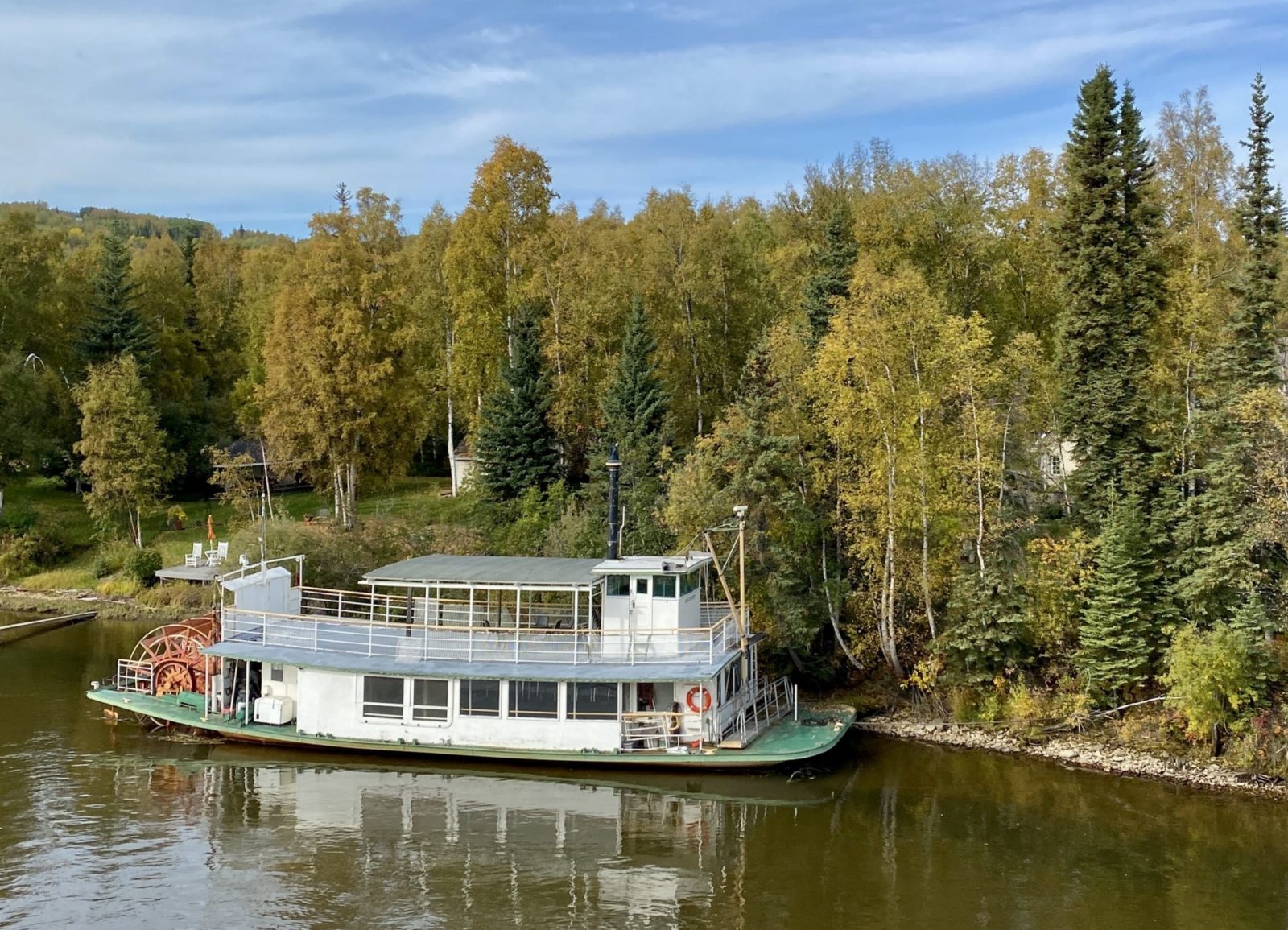 What to Experience on a Riverboat Discovery Trip

Riverboat Discovery paddle-wheelers sail twice a day from Fairbanks for three-hour trips down the Chena River to its confluence with the Tanana, and back again.

Tourists are treated to a bush plane demonstration on the river and an Alaska history lesson before sailing.

There are two stops on each trip. The boat pauses first at Susan Butcher’s Trail Breaker Kennel, where Susan trained dogs for the Iditarod and other competitions.

Susan and her husband, Dave, were champion dog sled racers. Susan won the Iditarod four times, and the couple won every race they entered in 1988.

Closer to the confluence with the Tanana River lies Chena Village, where visitors may disembark. This recreated village displays what the original Chena Athabascan Indian Village of the early 1900s might have looked like, with log cabins, gardens, a smokehouse and a fish camp. Employees showcase Native American clothing using animal furs, and demonstrate hunting and fishing techniques.

At the Gold Dredge 8 attraction, a railroad ride takes visitors inside an old gold mine as the history of Alaska gold mining is narrated.

Visitors are then educated in how to pan for gold and given an opportunity to do so. Many visitors walk away with a nice collection of gold dust.

Lending Helping Hands Against the Flames