On a Saturday morning in August, Mike and Jeanney McArthur gather in their living room with urban visitors who have made the 120-mile journey east from Portland, Oregon, to learn about their life in rural Sherman County. It’s a tight fit, but there is room for all.

Through the window, the view of freshly cut wheat extends to the horizon line under a sweep of cloudless sky. In the distance, wind turbines stand like soldiers in single formation, their blades turning slowly on the breeze.

“Passing by on the freeway, people don’t even know about us or the open skies or rolling hills,” says Jeanney, a fourth-generation Sherman County resident whose ancestors homesteaded in the area.

“Many urban people don’t understand the geography out here,” adds Mike, a former Sherman County judge and retired dryland wheat farmer. “We hope to give them an experience of the area so they can understand the difference in our lifestyle.”

The two-day homestay is sponsored by Community Oregon—a program that brings together people from urban and rural communities across the state to build relationships and better understand one another as fellow citizens and Oregonians. The program was developed in 2017 by Healthy Democracy—a nonprofit, nonpartisan organization that works to increase citizen engagement and improve political discourse for the benefit of all voters.

Rural exchanges like the one in Sherman County also occurred in Baker City and Klamath Falls. Urban residents returned the favor by hosting country residents for two days in the city.

With more than 80% of the state’s population living in urban areas, Community Oregon works to address a growing urban-rural divide—patterns of conflict that result from both real and perceived differences based on the geography one lives in.

“We do this program in person for a reason,” says Robin Teater, executive director of Healthy Democracy and a program facilitator. “One’s place matters. This is all emanating from the place where we live, play, educate and worship. To be in that place actually matters for both the host and the visitors.”

Sherman County covers 831 square miles and is home to 1,740 people spread out in six small towns about 9 miles apart. One of Oregon’s largest grain-producing counties, 91% of the farmland is planted in wheat, which is harvested once a year in August. The grain is shipped down the Columbia River on barges that carry 1 million bushels a day to the Port of Portland, where it is loaded on ships for export worldwide.

“Our lifestyle is connected to the seasons,” Jeanney says. “I get up with the sun and go to bed with the sun.”

Many of the conveniences and services city dwellers take for granted simply are not available in Sherman County. The McArthurs drive 80 miles roundtrip once a week to buy their groceries and supplies. It’s the same distance to the closest emergency room and their doctors.

During their visit, Community Oregon participants toured a wind farm, a solar power project, the historical museum and the county’s only school, which provides K-12 education for 300 children. They learned about dryland wheat farming, and how funds from local wind farms have led to infrastructure upgrades for water and sewer. They viewed the devastating impact of last year’s wildfires and even took in the bull-riding event at the county fair.

The homestay also allowed for conversations, listening and reflecting on one’s own assumptions and those of others. The group talked about overcrowding in urban schools and the challenge to fill sports teams in small rural districts. Other topics included housing, economic development, diversity, tolerance and another Sherman County export: its younger generation.

Jeanney estimates less than 50% of the youth who leave for college return to live in the area. The McArthurs’ son lives in Eugene, where he works as an urban planner.

“There is nothing for them to do here except farm,” she says.

Community Oregon participant Don MacGillivray admits he hasn’t been outside the Portland area often. Like several participants, this was his first visit to Sherman County.

He says the contrast was shocking.

“I never dreamed that rural Oregon would be so different, but I also had not given it much thought before this,” says the 74-year-old who has had a lifetime interest in political advocacy and citizen participation.

For 30 years, Don lived in a Portland neighborhood with a population four times the size of Sherman County. For much of that time, he and his family traveled without a car by using public transit and walking—an option not available in Sherman County. Nor is the studio apartment where he lives in a senior housing development.

“It was an eye-opener to get out of Portland and have this kind of access,” Don says of the homestay. “It would be hard to do in another place. You can’t go somewhere else as a stranger and get a sense of the place like we have had.”

Marwan Zaid, who works in Portland’s tech industry and attended the exchange with his wife, Mariam, says Sherman County is more like their native country of Yemen than Portland.

“Everyone knows everyone here,” Marwan says. “It’s like one big family. It is something we really miss coming from Yemen to a city.”

Teri Rowe, a retired massage therapist from Portland, admits she was initially skeptical about whether real progress could be made through the Community Oregon program, but that changed after the trip to Sherman County.

“Given there is so much division in the political climate, I am so impressed with Mike and Jeanney’s willingness to talk with us,” Teri says. “There are a lot of things about where they live that I value. The community’s volunteers refurbished the courthouse and added on to the museum. They built the sports fields. In Portland, people are more transient. They move across town to another apartment or relocate to be closer to work. It made me want to become more connected with my own community.

“I’ve talked a lot with other people since then about how much I enjoyed this experience. I really do feel it works.”

Robin says the program “creates openings for small agreements, shared concerns and, most importantly, underscores our common humanity, even if we don’t agree on everything.

“Once you create the container for these relationships to deepen and trust to develop, you literally create new pathways for information to flow between previously segregated communities, which create the opportunity for learning, growth and change to happen,” Robin adds. “The goal is for people to know Oregon differently after the program than they did before.”

Thoughts on the Experience 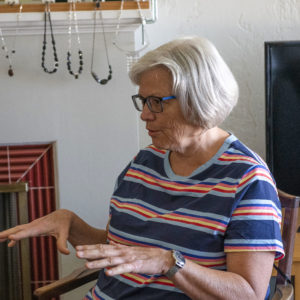 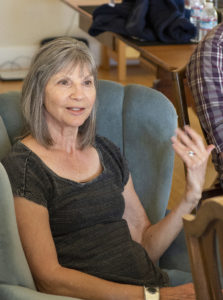 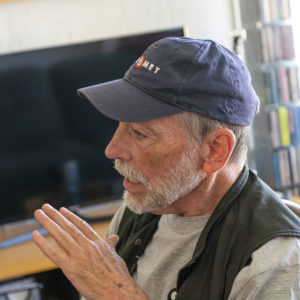 How the Exchange Program Works

The program consists of three phases.

Community Oregon Camp is a three-day retreat held in the spring. Participants meet one another and learn the tools to talk about tough issues. The tools include listening to understand, self-reflection, surfacing, and testing one’s assumptions and asking questions while suspending judgment.

The group then divides into urban and rural caucuses.

“We spend about an hour talking about the questions we have for the other caucus,” says Robin Teater, one of two trained facilitators for the event. “We discuss the actual questions and the intent or assumptions behind the questions.”

Participants practice their new skills and observe one another during urban-rural dialogues, then discuss what worked and what did not.

“The program provides a good example of how urban and rural Oregonians can be in dialogue together and learn how to understand each other without always having to agree,” Robin says.

During the second phase of the program, the Community Oregon Exchange, members of the cohort visit a community different from their own for two days. Urban dwellers stay with rural counterparts and vice versa. Robin says the exchanges allow participants to live in the shoes of someone from a very different place in Oregon than they are used to—not from the standpoint of a tourist, but of a fellow Oregonian.

In the final phase of the program, the Community Oregon Expo, members of the cohort reunite in Portland to share what they have learned and experienced with members of the public, elected officials and one another.

Participants give a short presentation about the community they visited and reflect on their own learning by focusing on three questions: How am I changed? How do I see Oregon differently now? And how am I going to use this knowledge to create a better Oregon for all of us?

The program runs every two years and includes participants from a wide geographic area who represent the diversity of Oregon’s population, including political perspective, age, occupation, religion, race, national origin and gender.

“Our hope is that they will continue to practice (these tools) when they are back in their own communities,” Robin says. “There are all kinds of variations of differences, and they can use them in all sorts of environments.”

For more information about Community Oregon and how to apply for the 2021 program, go to https://healthydemocracy.org/communityoregon.